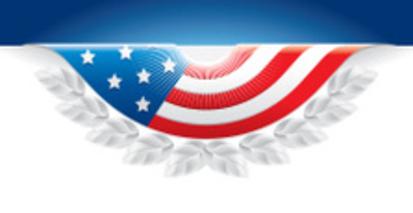 By the late 1970’s two developments, the Sun City Center Community Association and the Kings Point Condominium Association were well established and growing in this area. They had developed many clubs, among them both Democratic and Republican Clubs. At that time, the Democrats were part of the “Solid South,” Democrats  who sent very conservative senators and representatives to Congress  and elected very conservatives governors to lead their states. The Democrats or Dixiecrats, as they were called, were the leading party in this town and in the state. Candidates running for statewide and national office were happy to come to Sun City Center and campaign before sizable crowds of people. The 1990’s, however, saw great changes to the political scene and to the Democratic Club in town. Many Democrats switched party affiliation. Membership in the Democratic Club dwindled to very small numbers while Republican Club membership grew.

In 2001 a small group of friends decided to form a new Democratic Club and began meeting in people’s houses. They had to re-form as the Greater Sun City Center Democratic Club because the older, more conservative Sun City Center Democratic Club still existed on paper although it hardly ever met. The new group of Democrats arranged for a small room to be available and put a notice in the paper. They were astonished at the number of people who turned out. The club eventually got a charter and over the years used different meeting venues including the Chamber of Commerce, the library on 19th Ave, the banquet room of the King’s Point clubhouse and the Firehouse Cultural Center in Wimauma.  When they started meeting at the library, which was in Ruskin, they changed the club name to the South Shore Democratic Club.

In those days the club was able to hold large fundraisers including one at Simmons Park with the Front-Porch Pickers supplying music and the hydroponic farm in Ruskin supplying food. Another one was a luncheon held at the Renaissance Club in Sun City Center with a nationally recognized expert on voter machine manipulation as the speaker. And yet another one was held at the beautiful, waterfront home of a member in Ruskin where a Michael Moore movie was shown.

Due to the club’s involvement with the HCDEC (Hillsborough County Democratic Executive Committee) many activities were coordinated with them and they provided some speakers for the meetings. Rallies were organized against the wars in Iraq and Afghanistan and members marched up and down SR 674 carrying protest signs.

The presidential campaigns of John Kerry and Barack Obama were particularly memorable. Texas Gov. Ann Richards came to speak for John Kerry and a few years later, Caroline Kennedy, daughter of former President. John Kennedy came to speak for Barack Obama. In both cases, the Chamber of Commerce was rented out and filled to capacity (about 300 people).The presidential campaigns of Barack Obama were particularly notable because the campaigns funded paid organizers and campaign offices in town. Announcements were put in newspapers and big parties were held to herald the opening of the offices. Volunteers poured in and we were able to canvas heavily in Sun City Center, Wimauma, Ruskin and Apollo Beach. Candidate Obama came to speak in Tampa and, of course, many club members went to hear him. Interest in his campaign was so widespread that television crews from France and Japan came to observe our activities and meetings.

Other well known political figures who spoke locally were Sen. John McCain and Pres. George Walker Bush. In the past few years, the club has truly lived up to its name as the South Shore Democratic Club, welcoming many members from the towns around Sun City Center. We have been grateful to be part of the team that helped turn Hillsborough County from a Republican stronghold to one with strong Democratic leanings. We hope to continue on that path.

The objective of this organization is to stimulate active interest in political and governmental affairs; to strengthen and to further the ideals and principles of the Democratic Party; to provide reasonable and ongoing financial support to the Hillsborough County Democratic Executive Committee; to promote participation among Democrats to support and help elect the duly selected nominees of the Democratic Party in national, state, and local campaigns; and to foster good fellowship among Democrats. In all primary elections, no candidate will be endorsed or supported individually by this club. At no time will a candidate from another Party be supported by this organization.

We meet monthly the first Thursday of the month at St. Andrew Presbyterian Church, 1239 W. Del Webb Blvd, Sun City Center and on Zoom. The Meet & Mingle is at 1PM. Meetings begin at 1:30pm. Meeting announcements are displayed on the Home Page of this web site, our Facebook page, in local newspapers, and via the email newsletter to all persons on our mailing list.

New Member? pick up a membership form at the next meeting or click on button below to download form

Returning member? mail a check (made out to the South Shore Democratic Club) to SS Dem Club, P.O.Box 6302, Sun City Center Fl 33573. Please include any changes in your contact info. 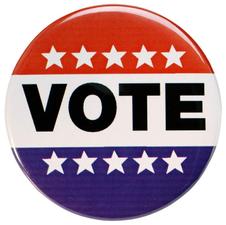